New Delhi, Delhi, India:
Growing importance of DNA evidence in sexual crimes is being called out by experts on 'International Criminal Justice Day', as courts decide to take a scientific approach in expediting justice. Till now, there hasn’t been any data released by the Government agencies regarding the reduction in the backlog of rape cases. However, India is bringing in new measures aimed at strengthening investigations into sexual assault, as well as reducing a backlog of cases awaiting DNA testing.

According to, Dr. Pinky Anand, Senior Advocate Supreme Court of India, “Many courts in India are now able to quickly deliver concrete and effective judgments in cases of sexual offences and murder, especially rape because of the veracity and absolute nature of DNA evidence.” Time and again Indian courts have relied on DNA evidence for reaching decisions in such matters, more so when the witnesses become hostile. Be it in the case of Priyadarshini Mattoo or the famous Nirbhaya rape case the courts have delivered their judgment with the help of DNA evidence.

Highlighting success of Gudiya rape and murder case, she commented, “Infact, the most recent Kotkai gangrape and murder case of 16 year old Gudiya was solved with the help of DNA testing. This should be treated as a model case for the future investigations.” In this case, the suspect, a 25 year old Anil Kumar was narrowed down by the CBI based on his DNA samples which matched with the evidence collected. The evidence in this case included liquor bottles, semen samples, blood samples, clay from the crime scene and other such evidences. The accused has been convicted by the Trial Court (and sentenced with imprisonment for life) on the fact that the DNA from a blood sample of accused matched with the semen on the clothes of the victim.

Dr. Anand further affirms that, “Medical evidence though corroborative in nature, it still has a pivotal role in criminal jurisdiction as sometimes it becomes difficult to judge the integrity, admissibility and relevance of the ocular evidence.”

Rising incidence of heinous crimes like rape have made it compelling for the government to scale DNA capabilities and infrastructure in the country. This will not only help reduce backlogs and pendency of cases but it will also speed up the justice delivery system, through DNA profiling. DNA evidence is most conclusive in building conviction in such cases and it is being widely applied by most countries in overall crime investigation. By now, over 70 countries have already implemented the national offender DNA database, restricting repeat offence.

Stating the importance of DNA database, Dr. Vivek Sahajpal, Assistant Director, Himachal Pradesh FSL said, “In order to come up to the level of evolved countries we need to have a Criminal DNA database as well, such as CODIS in USA and NDNAD in UK.” In India, the DNA Bill (currently pending before the Lower House of the Parliament) brings in a ray of hope. DNA profiling will go a long way in identifying the deceased (in case of missing persons or disasters) and track down repeat offenders based on the data available in the DNA data bank.

Talking of protocols used for effective DNA evidence ‘collect’ and ‘test’ in crime investigation, Dr. Sahajpal added, “I would like to emphasize that the first line responders should be well trained for proper collection and preservation of the physical evidences. There has been some improvement in this regard owing to the outreach program to train the first line responders for proper collection and preservation of DNA evidence. We have also developed an in-house protocol that speeds DNA isolation from compromised samples (over-loaded FTA cards) and by using this technique we are able to report a case within 4 hours. We have shifted from the conventional methods of DNA isolation to a fully automated one, which saves time and labour.”

To that effect, the Government has built more labs specializing in examining DNA evidence in sexual assault cases, and has issued new guidelines to help ensure that investigators do not contaminate evidence. The Central Forensic Science Laboratory (CFSL), Chandigarh, has issued guidelines for investigators of sexual assault cases emphasizing the proper handling of samples like vaginal swabs, condoms, pubic hair and clothes. Special Labs have also been set up all over the country dedicated to investigations of sexual assault against women, which will be able to provide forensic examination of 50,000 cases per year.

Delhi FSL recently reiterated its commitment to safety of women and children. It plans to further expand its DNA capacity to expedite investigations in POCSO & GBV cases so that criminals can be punished at the earliest. Goa state government has decided to set up a DNA division at the Goa Science Laboratory (GFSL) to strengthen its investigation and prosecution machinery. Responding to an alarming rise in the number of child rape cases, the state government had recently told the Supreme Court that it would be setting up facility for DNA analysis in Goa on priority basis. The high court is also monitoring the progress.

Tim Schellberg, President, Gordon Thomas Honeywell Governmental Affairs stated, “The Gudiya case gives a glimpse of the true potential of forensic DNA technology. During their investigation, the CBI found that the DNA of the suspects initially arrested did not match the reference DNA from the crime scene and the victim’s body. They were let off and investigators started over by questioning thousands in the area and collected & tested samples from 250 people for DNA analysis. Using advanced DNA forensic techniques that allow lineage matching, they were able to trace the perpetrator’s family village where a DNA sample from his mother further confirmed that he was the culprit. It was later found that he was a proclaimed offender. In countries with DNA databases it is routine to find matches with unknown suspects and repeat offenders. Imagine the number of cases that can be solved and prevented when India establishes and runs a national database.”

DNA forensics has had an unprecedented impact on the international criminal justice system. It has propelled investigations forward and made charging alleged perpetrators easier. It can now provide focus or direction to an investigation, help develop a case theory, and clear suspects or those wrongfully convicted with more certainty. As a result, the criminal justice community worldwide has become highly reliant on DNA analysis.

Driving the public awareness mission on use of DNA forensic evidence in crime investigation, Arneeta Vasudeva, National Head, Public Relations & Influence, Ogilvy India said, “The ‘International Criminal Justice Day’, is a moment to reflect on the criminal happenings and the importance of obtaining justice for victims of serious crimes. As the world navigates through the Covid-19 pandemic and as we continue to deal with the challenge of rising number of rape cases, the fight for justice continues. DNA profiling has become one of the most important evidences for detection of crimes like rape and murder. It simplifies and eases not just the process of investigation but often forming clinching evidence in cases where conviction would otherwise have been difficult.”

The demand for DNA forensic testing has more than doubled in last two years, as the law enforcement agencies, forensics and judiciary are now fast moving towards adoption of DNA technology, world’s best crime fighting weapon! The numbers are still a fraction of the cases where DNA evidence may be extremely imperative. Given the high rate of heinous crimes and size of population, DNA testing in our country should probably be 200 times of the current estimated number of 20,000+ cases per year.

Gordon Thomas Honeywell Governmental Affairs is globally recognised public affairs consultancy firm that has expertise with forensic DNA database policy, legislative, and law. For nearly twenty years, consultants at GTH-GA have consulted in over 50 countries and states on legislation and policies to establish or expand criminal offender DNA databases. GTH-GA collaborates closely with governmental officials, crime labs, police, and the DNA industry. GTH-GA operates the DNAResource.com website that has been used as the world’s primary source for DNA database policy and legislative information since 2000. 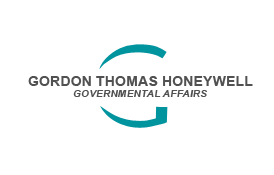 Growing importance of DNA evidence in sexual crimes is being called out by experts on 'International Criminal Justice Day', as courts decide to take a scientific approach in expediting justice. Till now, there hasn’t been any data released by the Government agencies regarding the reduction in the backlog of rape cases. However, India is bringing in new measures aimed at strengthening investigations into sexual assault, as well as reducing a backlog of cases awaiting DNA testing.