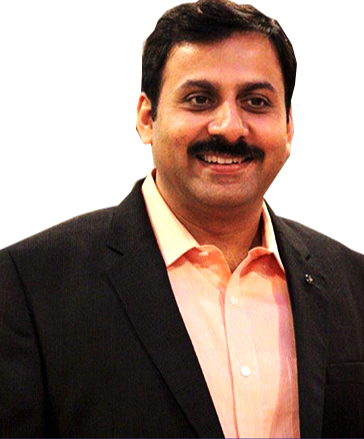 Mumbai, Maharashtra, India:
The proliferation of smartphones and easy availability of high-speed internet has resulted in an exponential increase in data consumption in India. The latest report by Assocham-PwC states that the data usage will to grow at 73% CAGR by 2022 in the country. Such a massive data generation and consumption require a robust storage, which is reliable, compact and cost-effective. As a result, NAND storage technology is rapidly emerging and taking over other conventional storage technologies.

According to the forecast of Mordorintelligence, the global NAND flash memory market is expected to generate revenue of USD 75.4 million by 2023 at a CAGR of 6.50 per cent during the forecast period.

Need for Solid-State Drives
One of the key factor for increase in demand for NAND, is the requirement of Solid-State Drives (SSDs). NAND flash memory technology provides users ease to store data permanently even in the case of power failure at a reduced cost. Hence, 3D NAND and NVM (Non-Volatile Memory) are witnessing a rapid adoption, which offers speed and durability at a low cost.

Smart Devices and Automation
The proliferation of smart devices and the increasing demand for smart data storage for personal and commercial usage is fueling the growth of NAND flash memory market in India. The Government’s emphasis on e-governance and digitization has led consumers towards the digital means to access and utilize information and resources. This has triggered a huge demand for storage of massive data. Similarly, increasing automation across the industry verticals is also driving the growth of the NAND flash memory devices.

Smart City/ Safe City Projects
The technology will play a critical role in Government-backed projects such as smart city and a safe city. Similarly, various e-governance and welfare projects require a robust mechanism of data storage, where NAND plays a major role.

The advent of 3D NAND and NVM
Along with NAND, technologies such as 3D NAND and NVM (Non-Volatile Memory) are also witnessing rapid adoption in the market. 3D NAND offers large storage space while operating faster at a reduced cost. Hence, it is being rapidly adopted across the industry segments. On the other hand, NVM (Non-Volatile Memory) technologies, offers increased speed and durability compared with NAND and are predicted to take over the market share of NAND in the coming years.

Mr. Rajesh Goenka is responsible to formulate and drive the overall business operations and lead value-added programs at RP tech India. An Engineering and Management graduate, Mr. Goenka is a proven leader with a profound proficiency in building outstanding teams for execution of successful long-term business strategy. A True Leader & Marketer with over 20 years of industry experience, he is the catalyst for RP tech India’s consistent growth at 20+ per cent CAGR YoY.

Mr. Goenka is the recipient of many coveted appreciations for his exemplary contribution to the growth of IT channel business from leading media publications. He was recognized among the “Top CMOs in India in 2019” by SME Channels. IT Nations conferred him the “Top 10 IT Channel Heads” in India. DQ Channels featured him among the ‘Top 16 Distributor Chiefs’ in 2016. He was also shortlisted among the BEST CMOs in the Indian ICT industry in 2017 by VAR India.

Leading technology brands have put their trust in RP tech India (a division of Rashi Peripherals Pvt Ltd), to penetrate the vast Indian market. Being one of the top 5 distributors in India, the company has partnered with over 9000+ partners, retailers, and customers in over 750 towns & cities. To cater to this vast customer base, RP tech India has branch & service operations in over 50 locations in India. The company has created a strong IT infrastructure and unique marketing platforms that have helped to put their partners on a pedestal. At 20+ % CARG YoY, RP tech India is one of the fastest-growing companies in India. Their vendor names include Audio-Technica, AMD, APC, ASUS, Belkin, Google Chromecast, Crucial by Micron, Dell, ECS, Fitbit, HP, Intel, Lenovo, Logitech, NVIDIA, Plantronics, SanDisk, Toshiba, TP-Link, Western Digital and many other world-renowned brands.