ViacomCBS Partners With Sky to Launch Paramount+ in Europe

Extended Partnership Another Key Step In Sky Aggregation Strategy, To Bring The Best Apps and Content To Sky Q Platform

ViacomCBS Networks International (VCNI), a division of ViacomCBS Inc. (NASDAQ: VIAC, VIACA) and Sky, part of Comcast Corporation (NASDAQ: CMCSA), today announced that Paramount+ will launch on Sky platforms in the UK, Ireland, Italy, Germany, Switzerland and Austria (GSA) in 2022 as part of a new multi-year distribution agreement that also includes the extended carriage of ViacomCBS’ leading portfolio of pay TV channels and the renewal of Sky as an ad sales partner in select markets.

“We are thrilled to expand our long-standing partnership with Sky to continue delivering ViacomCBS’ leading portfolio of premium entertainment brands to Sky customers and importantly bring Paramount+ to new audiences in all Sky markets, including the UK, Ireland, Italy, and GSA,” said Raffaele Annecchino, President and Chief Executive Officer, ViacomCBS Networks International. “This transformative distribution deal is key to accelerating our global ambitions in streaming while also supporting Sky’s strategic objectives to better serve audiences with greater flexibility in how they consume our content across all platforms.”

Paramount+ is the latest in a series of apps to come to Sky Q adding more than 10,000 hours of content, further enhancing Sky’s aggregation strategy and enabling Sky customers to watch even more of the best content together in one place on the Sky Q platform.

Stephen van Rooyen, Executive VP & Chief Executive, UK & Europe at Sky said: “This is another example of how we are innovating for our customers and further aggregating all the best apps and content together in one place on Sky Q, giving them more great TV to watch than ever before. Paramount+ is an excellent service with a huge range of fantastic films and TV series, and our new, broader agreement with ViacomCBS will benefit both businesses.”

Upon launch, Sky Cinema subscribers will get the bonus of Paramount+ included at no additional cost, providing access to two fantastic services side by side with more than 10,000 hours of extra content for one affordable price. As part of this partnership, Paramount Pictures’ feature films will remain available on Sky Cinema in the UK and will join Sky Cinema in Germany and Italy in 2022. All other Sky customers will be able to subscribe to Paramount+ as an add-on to their account.

Paramount+ features an expansive catalog of original series, hit shows and popular movies across every genre from world-renowned brands and production studios, including SHOWTIME®, BET, CBS, Comedy Central, MTV, Nickelodeon, Paramount Pictures and the Smithsonian Channel, in addition to a robust offering of premier local content. Outside of the United States, the premium streaming service offers nearly 3,000 episodes of kids’ content, 1,000 episodes of reality, more than 500 films, and 2,500 hours of Paramount+ Originals, CBS and SHOWTIME® series, dramas, and sitcoms.

Titles that will become available through 2022 in the UK, Ireland, Italy and GSA include a collection of scripted, exclusive Paramount+ Originals and exciting new takes on iconic franchises, including HALO, The Offer and the new iCarly series. As the international home of SHOWTIME, the service will offer The Man Who Fell to Earth, Ripley, Super Pumped, and American Gigolo, in addition to popular titles from ViacomCBS, such as Kamp Koral: SpongeBob’s Under Years, Star Trek: Prodigy, and MTV Unplugged. The service will also feature a collection of new movie premieres and fan favorites from Paramount Pictures such as films from the Mission Impossible and Transformer franchises.

In addition, ViacomCBS and Sky reached a multi-year extension for carriage of ViacomCBS’ linear channels — including Comedy Central, MTV and Nickelodeon — in the UK, Ireland, Italy and GSA. The channels will be complemented by a strong selection of box sets, giving customers the flexibility to watch the content they love whenever and wherever they want.

ViacomCBS renewed its multi-year agreement with Sky as an ad sales partner for all platforms and channels in the UK and Italy. Sky Media will continue to handle ad sales across the ViacomCBS portfolio of channels, including Channel 5 in the UK, where ViacomCBS and Channel 5 will benefit from Sky Media’s market-leading innovation in addressable advertising.

Paramount+ will also be available direct-to-consumer in UK, Ireland, Italy and GSA through the Paramount+ app for iOS and Android and across supported connected TV devices and OTT platforms. Pricing and local content offering will be announced at a later date.

Paramount+ is a global digital subscription video streaming service from ViacomCBS that features a mountain of premium entertainment for audiences of all ages. Internationally, the streaming service features an expansive library of original series, hit shows and popular movies across every genre from world-renowned brands and production studios, including SHOWTIME, BET, CBS, Comedy Central, MTV, Nickelodeon, Paramount Pictures and the Smithsonian Channel, in addition to a robust offering of premier local content. Launched on March 4, 2021, the service is currently available in the U.S., Canada, Latin America, and the Nordics, with Australia to launch August 11, 2021. By the end of 2021, ViacomCBS will have launched Paramount+ in 25 markets, ramping to 45 markets by the end of 2022.

ViacomCBS Networks International (VCNI), a unit of ViacomCBS Inc. (NASDAQ: VIAC), is comprised of many of the world’s most iconic consumer brands. Its portfolio includes Channel 5, Telefe, Network 10, Nickelodeon, MTV, Comedy Central, BET, Paramount Network, as well as streaming services Paramount+ and PlutoTV, and ViacomCBS International Studios, among others. In addition to offering innovative streaming services and digital video products, ViacomCBS Networks International provides powerful capabilities in production, distribution, and advertising solutions for partners on five continents and across more than 180 countries.

Sky is Europe’s leading media and entertainment company and is part of Comcast Corporation, a global media and technology company. Across six countries, we connect our 23 million customers to the best entertainment, sports, news and arts including our own award-winning original content.

Our technology, including the market leading Sky Q, connects people to everything they love – with entertainment from Sky TV, Netflix, Disney+, Amazon Prime Video and BBC iPlayer, and apps like Spotify, YouTube, BBC Sounds, Highbrow, Peloton, Fiit, and more, in one place, easy. Our streaming service NOW brings viewers all the enjoyment of Sky with the flexibility of a contract-free service. Through our new B2B broadband provider, Sky Connect, we offer superfast broadband with business-grade 4G back-up to small businesses in the UK.

Building on the success of Sky Originals like Chernobyl, Gangs of London and Brassic, we are doubling our investment in original content by 2024 through Sky Studios. Sky News provides impartial and trustworthy journalism for free, Sky Arts is the UK’s only dedicated free-to-air arts channel making the arts accessible for everyone and Sky Sports, our leading sports broadcasting service, brings customers some of the biggest and best global sporting events from the Premier League to Formula 1 and everything in-between.Our new TV and movie studio, Sky Studios Elstree, which will open in 2022, is expected to create over 2,000 new jobs and generate an additional £3 billion of production investment in the UK over the first five years.

We believe that we can be a force for good in the communities in which we operate. We’re committed to being Europe’s first net zero carbon entertainment company by 2030 and we’re proud to be a Principal Partner and Media Partner of COP26. We take pride in our approach to diversity and inclusion: we’ve been recognised by The Times and Stonewall for our commitment to diversity and we’ve set ambitious 2025 targets to continue to increase diversity and representation. We’re also committed to investing £30million across our markets over three years to improve our approach to diversity and inclusion, and to tackle racial injustice. 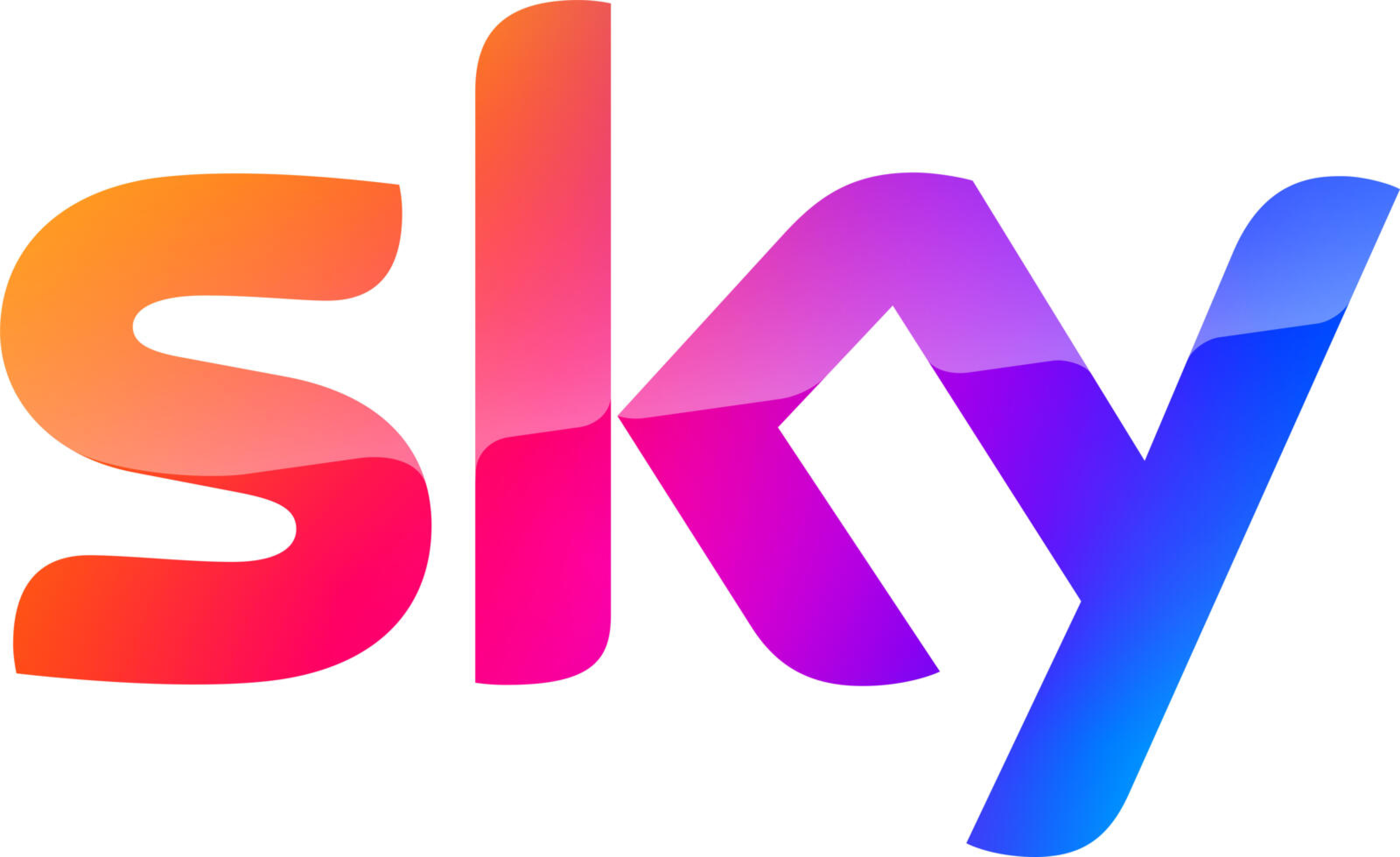