Started by an experienced and informed editorial team, The CapTable aims to deliver actionable news and analysis with objective reportage on India’s new economy

Powered by a team of informed and experienced editors and reporters obsessed with India’s new economy, The CapTable (www.the-captable.com) will serve as a fair and independent critic of India’s new economy, delighting in as well as deconstructing this rapidly evolving tech and innovation-led landscape.

Commenting on the launch, YourStory Media Founder & CEO Shradha Sharma said, “I am excited to bring on board Madhav Chanchani and his entire team – Aditi Shrivastava, Pratik Bhakta, and Feroze Jamal – to build The CapTable. India’s digital economy has the world’s attention and the country needs and deserves an objective news platform covering the space. Through The CapTable, YourStory aims to address this gap and cover the decade’s most important stories at the intersection of entrepreneurship, technology, and policymaking.”

Madhav Chanchani, Founding Editor of The CapTable, said, “I am thrilled to lead The CapTable. As we started to talk to users, we realised that there exists a gap in the market for a platform delivering objective and independent news and analysis to all stakeholders of new economy businesses. Our articles will reflect high-quality sourcing, data, context as well as voices from all sides to help our readers take insightful decisions.”

As India’s very first storytelling platform for entrepreneurs, YourStory has had a front-row seat to the rapid evolution and growth of the Indian startup ecosystem and played an instrumental role in shaping its narrative over the past decade. Through more than 100,000 stories about Indian startups and entrepreneurs since 2008, YourStory has been a pioneer in enabling startup discovery and empowering and inspiring a whole generation of Indian entrepreneurs.

Now, with the launch of The CapTable, YourStory is turning its attention to bringing key decision-makers an inside view of the strategic trends and shifts taking place in and impacting fast-growing companies by digging deep to provide a holistic view of trends and events impacting all stakeholders of a company as detailed in its capitalisation table (cap table).

“For fast-growing companies, the capitalisation table (cap table) details all the shareholders — founders, employees, investors — and the equity they own and is reflective of the essence of a firm. As such, The CapTable is committed to serving a vast range of stakeholders – from C-suite executives to employees to the paying users of a product or service – so they are all equipped with all the contextual information they will need to make effective, impactful decisions,” Shradha Sharma further added.

Subscribers to The CapTable will get access to three premium original, deeply reported articles a week. In the pre-launch phase, The CapTable was the first to report that Freshworks Co-founder and CEO Girish Muthrubootham and Eka’s Manav Garg are setting up a SaaS fund and also published deeply reported data-driven stories on Zomato's turnaround in 12 months as it rushes for an IPO; Amazon's big fintech play in India, now featuring a net-bank; and an interview with Balaji Srinivasan on why India should not ban crypto; among others.

A sample of The CapTable’s pre-launch articles:

YourStory Media is India's leading digital storytelling platform for entrepreneurs and changemakers, with millions of loyal readers and hundreds of partners who rely on its content, community, and connects for inspiration, information, and intelligent insights on the Indian entrepreneurial ecosystem.

Founded in 2008 by Shradha Sharma, who helms the company as its Chief Executive Officer and Chief Editor, YourStory has long been regarded as an enabler of the Indian startup ecosystem and as a platform to discover disruptive startups from India. YourStory began writing about startups at a time when “startups” were rare and unheard of in India while entrepreneurship as an occupation was looked upon with peril.

In 2019, YourStory expanded into the education sector, launching YourStory Education with entrepreneurship-focused certificate courses such as The Startup Course and The Funding Course. In 2020, it launched its subscription offering, YourStory Club, that brings together the company’s core offerings of content, community, and connections for its members in one holistic platform. In 2021, YourStory launched The CapTable, an independent subscription platform focused on delivering actionable news and sharp analysis on India’s new economy. 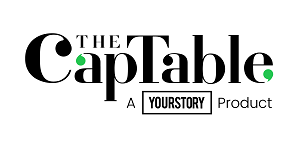