Our Goal Is to Transform the Lives of People Through Our Physical Fitness and Psychological Wellbeing Coaching: Hasti Transformation Fitness Center 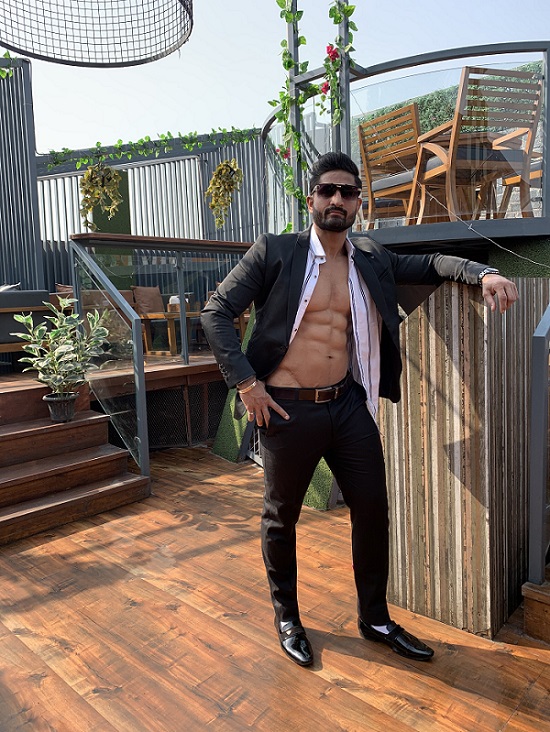 Hasti Transformation Fitness Center has been transforming the lives of thousands of people ever since its inception under the guidance and ownership of Hasti Singh. It is a fitness hub that not only helps people to get physically fit, but also provides them with a space to become mentally strong through psychological counselling sessions. The owner is a tall athlete, a fitness model champion, special rehabilitation therapist, and motivational speaker who is working as a personal trainer, and sports nutrition specialist and dietician for over a decade. He has represented India in various National & International Body Building and Wrestling Championships and became Mr. India 2016. With such a headstrong champion as the owner, Hasti Transformation aims to impact more lives and bring a positive change in society.

An athlete, a rehab therapist, motivational speaker, fitness model, personal trainer, sports nutrition specialist, and dietician, Hasti Singh began in the field of fitness and sports merely at the age of 10 years. Having an immense interest in this area, he started taking wrestling coaching from an academy near his house. In the year 2006, he participated in National Games held in Maharashtra and won Gold Medal (1st position) in the tournament.

From there onwards, Hasti Singh’s journey of winning awards and medals ignited. He participated in various Wrestling Championships and games such as National Games and won 16 medals.

An unexpected setback only to rise again even stronger

Around the age of 18, Hasti Singh faced a major knee injury during a wrestling championship which eventually led him to knee replacement for both legs. The injury was so fatal that the doctor told him to completely leave the game if he wants to save his life.

Commenting on this perplexing incident, Hasti Singh says that, “The doctor and my family wanted me to save my life and leave the game. As scary and difficult as it was at the time being in the wheelchair for almost 2 years, I changed the game but never left. I entered bodybuilding, participated in several National and International championships, and brought medals for my country.”

Training and transforming thousands of lives for over a decade

Being a huge fitness and sports enthusiast, Hasti Singh has been working as a personal trainer and sports nutrition specialist, and dietician for more than 10 years now. Not only physical fitness and well-being, but he is also helping people with mental fitness through psychiatric counselling sessions.

A huge motivation and inspiration for all millennials, Hasti Singh, while commenting on the power of will and determination, says that “I highly believe that if a person decides to achieve something, he will do it anyhow, no matter how many hurdles may come his way. He just needs to have a clear goal and a strong will to accomplish that.”

Fitness is a long-term vision, not any short-term goal

Hasti Singh is an enormous supporter of a healthy lifestyle and overall well-being. He believes that every person, despite age, gender, profession, or lifestyle, should invest some time in their physical and mental wellness. Eating healthy food and regular workout doesn’t need any extraordinary setup. It can be done conveniently as per a person’s lifestyle and routine. Healthy living is not an occasional thing, but a long-lasting lifestyle on its own.

Hasti Singh is a fitness model who has been working as a personal trainer, psychiatric consultant, sports nutrition specialist and dietician for more than 10 years. He is also running a successful fitness center “Hasti Transformation” in Club Road, West Punjabi Bagh, Punjabi Bagh, New Delhi. He is a big sport and fitness enthusiast and a mental wellness counselor. His vision is to bring transformation into the lives of people by helping them achieve an overall healthy lifestyle.

Transform Yourself into Who You Really Want to Be, Visit www.hastisingh.com

Hasti Transformation Fitness Center has been transforming the lives of thousands of people ever since its inception under the guidance and ownership of Hasti Singh.